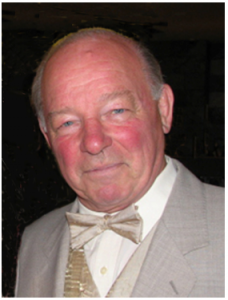 From the RIP written by  David Shire:

“It is with great sadness that The British Chess Problem Society records the death of one of its most illustrious members, Chris Reeves. To attempt to write anything so soon after the passing of a man whose life has been so full and rich is not easy.

He will be missed by many and remembered with great affection.”

Today I’ve a pleasure to publish a problem by Kenneth Solja to the memory of Christopher Reeves – No.181.

“Christopher was a great composer, deeply in love with our art. Above all: such a kind man and a dear friend, spreading enthusiasm and good vibrations all around.
Last months he seemed to be active and successful in his professional activities, including lectures in Sao Paulo, and many projects he wanted to complete. Terrible, shocking loss…” (Marjan Kovačević)

“As a composer, Chris was the equal of his contemporaries, the British triumvirate of Rice, Lipton and Barnes. He was a fantastic editor (Chris had only just relinquished his post as the two-move sub-editor of “The Problemist”) and a warm-hearted friend…” (Ian Shanahan)

“This winter brings much sad news, indeed — A. Christopher Reeves was a problem superman.” (Kevin Begley)