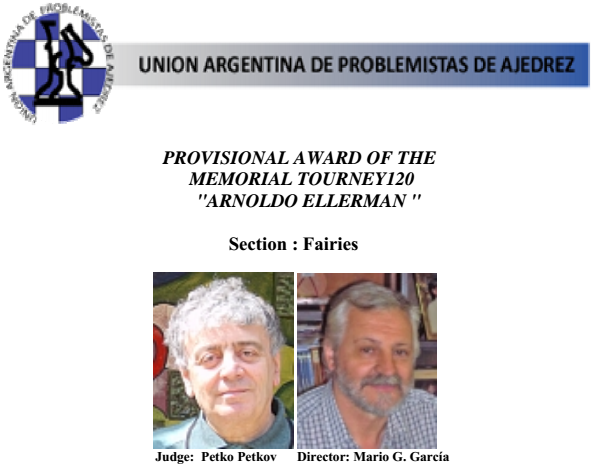 There were 38 problems: 18 composers of 7 countries. After the deadline (25-05-2014), the director sent at the judge all studies without the names of the authors.

I thank all participants of this tournament. Special thanks to Petko Petkov for his collaboration to act as judge, who has performed his assignment with remarkable dedication. (Director: Mario G. García)         →Go to the Award