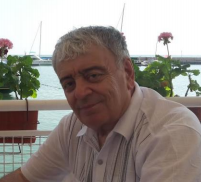 “StrateGems is pleased to announce a jubilee tourney for our esteemed editor Petko A. Petkov (born February 27th, 1942 in Dobrich, Bulgaria). Petko has been on our staff since 2002 (SG20) as Fairies Editor. Two issues later he became Selfmates Editor as well. His mastery in both genres has steadily attracted some of the top composers in both genres.”

No limit regarding the number of entries sent by a composer | Only originals tested C+ with either Popeye, WinChloe or Gustav (for long selfmates) | Due date: December 1, 2016 | Send your entries to: Mike Prcic, Tuzlak@aol.com with note: for P.A.Petkov 75 JT | The judge: P.A. Petkov | The prizes will be in books and in e-subscriptions to StrateGems.