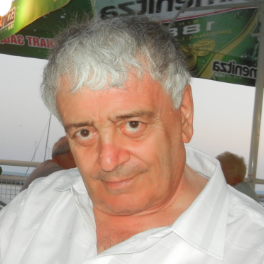 One of the most interesting fairy conditions – Disparate – was defined 10 years ago by the famous French composer Romeo Bedoni. The laconic Bedoni’s definition of Disparate is stated in a short article with 13 of its author’s examples – “Les Echecs Disparates” published in “Phenix”, N 134, November 2004, pages 6377-6679.

But the bright idea of Bedoni was completely forgotten until 2008, when Disparate received additional explanations and implementation in Popeye, rather different to the one done in WinChloe back in 2004.

The creation of Disparate’s rules has an interesting history. For more than two years I explored Bedoni’s idea. Since the explanations of the discoverer were quite brief, I wrote a number of additional explanations and also defined some additional rules, but of course, the main basis for all interpretations was the idea of the inventor.

I composed over 50 new schemes and light problems with the goal of using them in the development of a new implementation of the Disparate condition – in Popeye! Below such diagrams is the caption Disparate (Py).

The decision to create a new, Popeye version, of Disparate, was taken collectively by a group of people participating in the project: I created a large body of material with additional explanations, definitions and examples, with the agreement of the inventor Romeo Bedoni, the secretary of “Phenix” Laurent Riguet, the language editor Yves Tallec, and of course with the director of “Phenix” Denis Blondel.

So, the main points of the idea were:

To create a new implementation of Disparate (Popeye version), with the agreement of the famous programmer of Popeye’s team, Stephen Emmerson. The programming was done by Stephen in the period 2008-2009, and it was implemented by Thomas Maeder starting with Popeye version 4,53;
To publish my article about Disparate with all the rules and examples (based on Popeye’s implementation) in “Phenix” no. 191-192, January-February 2010;
To use Popeye’s new implementation of Disparate for the major thematic tournament “Bedoni-80 J.T.” (section B). The results of the tournament “Bedoni 80 J.T.” were also published in “Phenix”, No. 191-192, January-February 2010.

My first Disparate-problems were published in the magazine “Phenix” and later also in “diagrammes”. These compositions were created accordingly to the new rules for Disparate, as implemented in Popeye.

Two important notes before you read the article:

1. The Disparate condition is programmed differently in Popeye and WinChloe (by Christian Poisson)! Only in some particular cases is it possible to get identical solutions according to both programs!

Three parts of the article:

PART I – General rules for the white and black pieces

PART III – Disparate in combination with other conditions (to be published…)