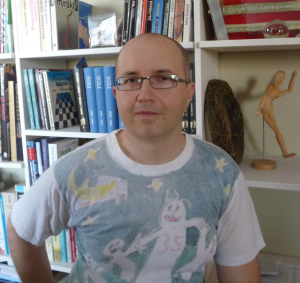 WCCT is an interesting event. In many countries composers gather and cooperate tirelessly over many schemes, leading often to excellent works showing the required themes. In Slovakia each section has its own leader who is responsible for coordination of efforts.

During the preparation of Slovak problems for the 9th WCCT I was leading the fairy section. You probably know that the section was dedicated to hs# with Chinese pieces and critical moves followed by activation by arrival on the intersecting square. Early in the process I have found an interesting scheme developed later by me and Ľudovít Lehen. I have soon felt that while the scheme was a nice one, anything resulting from it could hardly compete in the WCCT due to limited use of thematic critical moves in the scheme. How have I come to it?

As a preparation for WCCT composing I have studied many hs# with Chinese pieces (thanks to their presence in the big WinChloe database). This is often my first step in composing for thematical tourneys: to see what was already done and think about uncovered areas, taking into account tricks already used by other authors. In the first part of the article are thus shown some problems providing the inspiration and also other Slovak works during the same period as all originals from the second part.

I. Inspiration and other ways followed

I had the pleasure to judge another good hs# by Petko Petkov, No. 2. I have written about it in the award:

“Starting from the first black move, bLE leaves crucial diagonal a2-g8, wVA crosses the vacated square and cuts wPA line, allowing bK to enter battery line. Then wVA fires battery and allows bVA to close it along the crucial diagonal with simultaneous opening of wR and thus finishing the cage around bK. Finally wVA gives direct check on the new line and bLE is forced to close it, activating simultaneously antibattery with pinned bVA as rear piece. Also wR cannot parry the check due to the repelling. Great analogy of strategy in two phases uses the whole board that, and that is absolutely fantastic, is shown in the form of set play + solution, with the first white move changing the white pin horizontal and so everything. Perfect white economy rounds off this worthy winner.“

So the results of WCCT have confirmed my feeling, high frequency of critical moves was necessary for high placement. That is why my No. 442 of Julia’s Fairies did not aspire to be placed among Slovak entries. And No. 6 did not aspire either.

II. Scheme and the way it was developed

Let’s move to the scheme mentioned at the beginning. 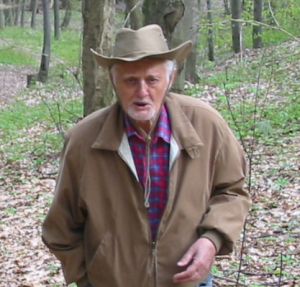 We have with Ľudo worked on the scheme in spite of the feeling we would not enter WCCT with it. So we have produced whole series of similar hs#. The main aim of this exercise has changed over time – from composing problem for WCCT we have moved to producing something specifically for an article. We wanted to publish it only after results of WCCT. And now you are in the middle of reading it. Originally I was thinking about placing it in feenschach, but now, with appearance of JF website and the strongly hs#-oriented group of active visitors I have reconsidered. No doubt further improvements of our efforts can be done.

So what do you think? Can you find better expression of our schemes? Have we overlooked anything?

In any case, it was a pleasure for me to work with Ľudo over the scheme, especially now, when is no longer very active.

Juraj`s article is very interesting and instructive, especially for authors with less experience. The biggest mistake of many young composers is that they send for publication their first “ready problem” (C+) that is produced by one scheme.
But Lorinc`s article shows the other, right approach of the experienced author – a scheme is being developed for a long time, in many similar variations with a goal to find an optimal contents and form. A very positive point here is the collective work. This method is demonstrated excellently in the second part of the article: II. Scheme and the way it was developed.
I use a similar method of composing (I could write another article about my method), although it is rather difficult for me to find a permanent co-authors.
Welcoming again Juraj`s article, I want to point some interesting important questions, which I suppose will later be posted from the author Lorinc and probably from the editor Julia. What will be the ‘fate’ of published originals in the article? Which of these originals would take part in the tournament of the site? Of course, here the most important is the opinion of the author – it is possible, of course, that the originals are out of competition. However, I think that such information is necessary, because it will help also to the judge of the competition.
Finally – an important technical question – I think the originals should be written like this:

This form is better because here is a clear source of the publication and its date – important components of copyright!

I fully agree with Petko about instructiveness of the article! It’s really very useful to be shown how to create a good problem, how many iterations should be made to find the best version, and the “pre-composing” part with studying the existing works on the same theme..

And I also enjoyed to see how the joint problems are created by two co-authors, when a new versions have some additional motives or changes added in turns by one of co-authors, so each version has its own leader (or main author).

About the questions opened by Mr.Petkov:
1) It was the right guess, that my the next step would be to clear up the “fate” of originals in the article! Before writing to Juraj I was going to wait for some possible new versions from the readers, but I can write it now as well – I believe any original inside any article published on JF can participate in the current informal tournament. In case of several versions of the one scheme, I believe that author can choose the best to be included in the tournament. If there’re doubts about either a problem can be considered as independent original, we can discuss it with a judge as well, I believe. So, by the end of April (the last month of current informal tournament JF-2014/I) I’ll be waiting Juraj’s decision about participants in the tournament.
2) About the presentation of originals in the articles – for now I don’t agree with Petko, that a place of publication (Julias Fairies in this particular case) should be mentioned. My reasons are: the place of publication is clear, as it is the same as for the whole article; the date of publication is the article’s publication date, which is mentioned; when the author writes his article, he can’t be always sure about the place and date of publication, so it looks like this info has to be added by the editor (but is it correct?); and at the end, for this concrete case – how to show the difference for the problems already published on JF (in Original problems section) and shown in the article and those who first appear in the article, if the both will have a place of publication like “Julias Fairies” ?

Well, I understand the question of copyright and date of publication of any problem is important. I don’t know how exactly problems are added to the databases. But I believe, everything depends on how carefully it is done.
Of course, I’d like to make everything in the most convenient way for everybody, I’m just not sure how to do it…
I’d be grateful for your opinion and advises!

In conclusion – back to the article’s content! – thanks to Juraj!

Thanks to both Petko and Julia. My opinion is as follows.

Participation of originals in the informal tourney… actually I was thinking about participation and seeing judge’s views too when selecting the place of article publication. I wanted to write it in time for 2013/III tourney, but I was unable to do that. But fortunately Vlaicu has about the same expertise in the area of hs# as Eric, so it is still ok.

Of course, I do not want all of originals from article to be competing, some are clearly worse than others. So I would like to see competing Nos. 6, 12, 13 and 14.

As regards publication data I agree with Julia – I have actually given my agreement to the current form of the article after some cooperation. Source is Julia’s Fairies, publication date is the same as that of article.

But, and here I tend to agree with Petko, giving the precise information additionally over the diagram should not hurt. It is not necessary, but if there is a place and typographically it is ok – why not?

There needn’t be any specific difference between originals from the dedicated column and originals from the article. E.g. in Pat a Mat we number all positions incrementally and if the full exact source of some original is “413 Pat a Mat 67, IX 2008”, it is not possible to say whether it was in column or article.

(But e.g. Phenix did it differently, articles positions had prefixes to numbers.)

Sorry for a delay – I’ll add problems Nos. 6, 12, 13 and 14 to JF-2014/I tomorrow! Most probably, with JL prefix. I still prefer to have a difference between problems I publish in Original Problems section and those from the articles.

Thanks to Juraj for this very interesting article. It is evident that Slovakia has the enviable luxury of having a team and a leader for each (or most) of the WCCT sections !! With just four active composers each of us had to handle more than one section! Hope it will be better for the 10th WCCT !

It will be instructive for many of us to see the amount of work put in each scheme and the number of possible versions.

While Juraj is generally correct about the number of thematic moves, one can see that the results of helpmate section were different with the highest placed problems having less than the maximum possible three !

Personally I liked No.4 (with interesting bristols) and I think it deserved to finish higher, but then with five judging countries, the popular view is obviously different!