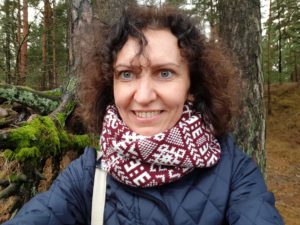 In October 2021 I’ve got a title of FIDE Master for Chess Compositions. Proud to be the first lady ever who got it. I’m thankful to everybody who supported me in my composing and all activities around chess composition!

The beginning of 2022: preparing for another European Chess Solving Championship in Riga in May 13-15th, 2022. Another big project, one more official website for the event, and everything around the competitions in the frames of 15th ECSC and our guests. 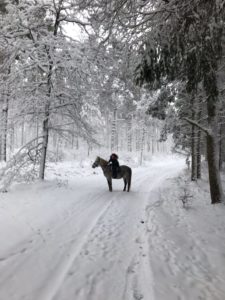 “Julia Vysotska, Financial Manager on Chess Composition” (OTIA magazine) and  My original questionnaire (the full version of the interview)

Hello Julia,
my attention to your website was drawn by Petko Petkov. Welcome in the communitiy of chess problem enthusiasts.
I will have an interested look at your problems once I will encounter them.
Bye, Hubert

The movie on Latvia was very good. Enjoyed it. If you have any more and link it would love to watch.

Thanks to my the most active visitor! I’ve added a beautiful song about Riga with a clip of some sights of Riga. See it at https://juliasfairies.com/about-julia/nocturne

Julija, I’m impressed but what you’re doing! Great!
I wish you more interesting Fairies and all the best with development of your ideas!
My regards to Family – they can be very proud of you,
Julija

This is a different Julia/Julija? 🙂

Oh, difficult question! I believe this is almost the same, and the both doesn’t sound as my original Russian name “Юлия”. 🙂
There’re many English spelling variants for the same Russian name “Юлия”: Yulia, Yuliya, Julia, Julja. English “Yu” sounds more like Russian “Ю”. And it is shown in a new linguistic recommendations for rendering Russian names into English.
So, to pronounce my name as it sounds in Russian it should be written “Yuliya” I guess. But I prefer it to be “translated” into English if I speak English, as “Yuliya” doesn’t sound and is not convenient to pronounce inside English speech (I believe).
Also, I have some personal preference about this “Julia” name: when I first came to my first working place, Internet company in 1991, I was given a nickname julia in Unix system and my first email address was julia@….. All my first experiences – in work in general, in Internet, in speaking English with Internet customers… etc – were related to this name Julia.
This “version of the name” is meaningful to me.

Latvian version (and as it is written in my passport) is “Jūlija Visocka”, where “ū” sounds as long “u” and “Visocka” pronounces almost as “Vysotska”. Original surname in Russian was “Высоцкая”, but the last “я” was taken away when translated into Latvian and the sound “ы” doesn’t exist neither in Latvian nor in English, so it was changed as well! 🙂
Funny?

Actually “Yulia” will be quite easy to pronounce for English-speakers also ! You are welcome to adopt the correct English spelling! It is just that we are used to the name “Julia” made famous by stars like “Julia Roberts” and “Julia Vysotska” 🙂

Was wondering about the post being addressed to a “Julija” with the poster’s name also being “Julija”.. So thought there is one more, new Julia (with the @kristofic.com ID)! Looks like Julia addressed herself by mistake, instead of Ferkhat.. or am i still missing something..? 🙂

Thanks to Julia, though.. for explaining the intricacies of russian/latvian names..
indian names are equally.. if not more.. esoteric.. 🙂
maybe a detailed post on them sometime..

Oh, I misunderstood you as well. I thought you’re asking about writing names. Yes, that was another Julija (Julija Kristofic).
What’s about Ferkhat – I have nothing to answer for now… His idea is that this site will need the automatization soon, but it requires money, and such sites can’t earn it on Google ads (although, I didn’t plan for that), so I should think about some online games, training courses etc. – something commercial.
But I’m like an ostrich that hides its head into the sand 🙂 – I won’t think about it while I’m able to manage it manually.

automization? or do you mean monetization?
Here’s a little something for you to chew on: http://vandelaydesign.com/blog/make-money/101-ways-to-monetize-your-website-or-blog/
>>His idea is that this site will need the automatization soon, but it requires money, and such sites can’t earn it on Google ads (although, I didn’t plan for that), so I should think about some online games, training courses etc. – something commercial.

You are a dedicated composer. So much work in such a short time. You inspire me in composition. Thanks for so many problems. Thanks for your hard work.

over the e4e5 Tourney I have found your website!
I have already reached your email but I did have
time to compose helpmates, or selfmates.
Maybe I can do this in the future.
I think it is not easy to have enough routine to compose,
but I am still enjoy helpmates and selfmates.

In the present I compose only studies, or
sometimes moremovers.
The new Harmonie from Wilfried Seehofer is famous,
and here I have a new mate in 12 from me.
Maybe you can see it.

I have published in this year many, many studies and
I am so lucky to learn from Sergiy Didukh and
Yochanan Afek.
Sergiy Didukh has told things
from the studies, what for me was more or less
new. He is not only a brillant studycomposer but
also e very great expert of studies.
Meanwhile I have contact with many great composer
of studies and learned from them.

If you have some time maybe you can compose also
a study.

How do you test your studies ? What is the software available?

Today normaly I have Houdini 1.05 which you
can download for free.

The evaluation from Houdini is very fine, but
not always correct. Therefore sometimes in
some special endgames I need also Stockfish.

The other important thing is the hardware.
Better hardware with more GB Ram and the
prozessor can reach a much deeper evaluation and
so it cost not so much time to controll with good
hardware.

But it is far away not so important than a good chess
engine.

Hello Julia,
great respect for your really fine work with
“Julia’s Fairies”. I enjoy it very much.

Dear Julia, can you post a hint to our actual fairy tournament?
please see
http://mpk-blaetter.de.to/
Märchen-Turnier 2016

Dear Julia,
First of all, I regret if this message does not interest you and I do apologize.
Anyway, congratulations for “Julia’s Fairies” – a wonderful blog!
If you do not know me, I am Marian Stere, chess editor from Romania, KWF&A member and creator of the website http://www.stere.ro, dedicated to Romanian chess history. Here you can find more than 100,000 pages from chess publications from Romania – nearly all published – and in other languages. Including thousands of pages of fairy chess!!
All is in PDF format, all or FREE download!

Will you please distribute the information about my site and about a chess composition contest I am organizing, with deadline August 31, 2016?

I would like to discuss aout disfunctions of Popeye 4.77 and 4.79 unable to solve Circe and Maximum. Version 4.75 does it welle. Did someone know why? Maybe a change of input mode ?

To read about all.

My father and grandfather were Swiss cheesemakers (in every sense the the term), so I think that I qualify 🙂

Dear Julia , you recently published the Award for B.C.P.S. Fairies, can’t remember the Year .. pretty recent, 2017, maybe. You awarded me the 3rd Prize .. I don’t keep good Records.
I’m not your Analytical MuffinHead. I would wish to withdraw My Award. I don’t think there is enough room to explain in this Field. Can you forward me your Online Contact EMail. or what you use to communicate with Problemists. Yours Ever, Ken Cameron.

Dear Ken, my email address is on so many places here. Please, write me to julia@juliasfairies.com