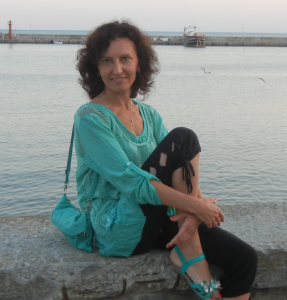 I hope that all of you had a beautiful summer! In some countries there’s still pretty warm, in others becoming colder… But September is coming in 5 days everywhere!

I’d like to remind you that the second part of informal tourney Julia’s Fairies-2013 (judge: Diyan Kostadinov) is over on the 31st of August. If you’d like to participate in this part – please send your problems by the 30th of August preferably, so I’d have some time to publish them.

Also, September is the last month for submitting your problems to Julia’s Fairies Marine TT ! I know there’re many other tournaments now, plus WCCC. I wish you luck in all of them!!! And still I believe you’ll find some time for the Marines as well! Thanks a lot to the active participants! –Julia

The Macedonian Problemist announces its informal tourneys for 2013 in the following sections:

The Macedonian Problemist announces a formal jubilee tourney for h#2s to mark the 60th birthday of its regular contributor Živko Janevski (born on 4 August 1953), Grandmaster of the FIDE for Chess Compositions, International Judge of the FIDE for Chess Compositions, the leading Macedonian problemist in the last several decades and one of the world’s best and most successful composers (4th on the total FIDE Album points list up to the 2004-2006 Album). ?Read more… (click to show/hide)

Theme: A prolonged Black self-pin. One or both pieces from a black pin-mechanism play(s) along the pin-line in two or more phases – two or more solutions, solution + set-play, or solution + tempo try, but twins are not allowed. There may be one pin mechanism or more pin mechanisms. The thematic pinmechanism(s) can be created during the solution. Although play by a white pinning piece is not a thematic requirement, composers are encouraged to try showing such play in addition to thematic black moves. Judge: Živko Janevski

Announcement of the 72nd feenschach TT

Required are series help-selfmate move-length records with 5-24 (or more) units (legal position and no promoted force). Series help-selfmates exceeding the current overall length record of 196 moves with promoted force (legal position) are also welcome! Closing date is December 31st 2013. Entries should be sent to the tournament director Thomas Brand, preferably via email. All entries that are length records for the different numbers of total normal force will be published in one of the ﬁrst feenschach 2014 issues. Books or brochures prizes are offered as a reward to all tournament participants who send at least one actual length record if the total number of such records from all tournament participants is equal or exceeds the total number of records submitted by Arno Tüngler!

Prizes are bottles of Tzuica (The tourney is open worldwide, however the prizes for congress participants only).
Entries to Eric Huber by e-mail at hubereric@yahoo.fr until September 22nd, or during Congress to the Romanian delegate Dinu-Ioan Nicula until Wednesday, September 25th, 9 p.m. 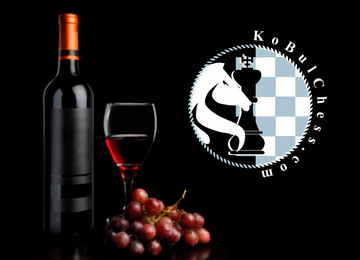 The problems should be computer checked by WinChloe or Popeye (please write the used program).

The tourney is open to everybody, but only congress participants can receive bottlesand souvenirs.

E-mail entries should be sent to Diyan Kostadinov by September 25th  (dkostadinov@abv.bg).

There have been 157 entries for this challenge, which were available to all participants at the Mat Plus site. Milan’s intention was to publish an article including all the correct entries in Mat Plus. We have decided that it would be appropriate to eventually publish this article dedicated to the memory of Milan. Owing to the impossibility to associate each diagram to its composer, we have decided to proceed as follows:

Please circulate this communication to anyone who may have participated in the challenge.

on behalf of the composers representing the majority of entries, see the Mat Plus forum thread with title “PAPE TT (Mat Plus Challenge for Spring-Summer 2012)”.

The joint theme tourneys of feenschach / Die Schwalbe to celebrate the birthdays of Hemmo Axt, Zdravko Maslar, and Hans Peter Rehm  have been extended: New closing date is October 31, 2013 !

All themes are open for orthodox and fairy, even retro presentation. You may find the description in German and English with some example problems e.g. at http://www.thbrand.de/downloads/f67-69TT.pdf

Also do not miss the Werner Speckmann 100 memorial tourney by Die Schwalbe for n# with Empress (combination of Rook and Knight); you may find details at http://www.dieschwalbe.de/kompositionsturniere.htm

Have fun and good luck!

The 5th ChessProblems.ca Thematic Tournament requires original chess compositions employing the Back-Home fairy condition, recently invented by Nicolas Dupont. Entries should be submitted to the tourney director, Nicolas Dupont, via email at tt5@chessproblems.ca. The closing date is December 31st, 2013. The tournament sections and judges are as follows:

See full announcement in pdf file or the original publication at http://tt5.chessproblems.ca/!

Prizes: Books,honourable mentions and commendations will be awarded
The preliminary award of tourney will be sent to participants by e-mail and will be published on the website of Unión Argentina de Problemistas de Ajedrez (UAPA) http://www.problemistasajedrez.com.ar/   ?Read more… (click to show/hide)

The competition it will be realized in the following sections:
Part A -PROBLEMS – Send entries to the July 31, 2013:

Theme of compositions free- not more than three per composer – send to the tourney director and judge associate in mates direct (1): “Mario Guido García” <marioggarcia@gmail.com>,

(1)  Qualification of the problems from 1 to 4 points, elaborate for  three experts’  in the resolution. The report is not binding, on the judges

Theme free in two sections : a) Win and b) Draw

Entries – not more than three per composer for each section – send to the tourney director Harold van der Heijden heijdenh@concepts.nl

(See it also at: http://www.problemistasajedrez.com.ar/)