Dear friends, I’m glad to announce to you fairy judges for the current and next period, the both will be judging JF’s competitions for the 2nd time:

The judge of the current fairy period, JF-2019/II (July-December’2019) will be GM Petko A. Petkov – multiple World Champion in Composing and Olympic Champion (1990), inventor of many fairy-conditions, author of more than 120 theoretical articles, International Judge and a leader in the world rank list with 471.75 points in the FIDE Albums (1914-2015) with 64 years practice in chess composition! Would like to mention, that this year Petko finished the award for JF-2016/I and I’m grateful to him for the very kind offer to JF again, almost without any break!

The judge for the next fairy period, JF-2020/I (January-June’2020) will be Eric Huber – another very supportive person, one of the first judges on JF (has judged JF-2013/III), International Judge of fairy problems,  organizer  (together with Vlaicu Crişan) of the yearly Tzuica Tourney, dedicated to helpselfmates. Let’s meet Eric in 2020!

The first half of the year 2019 is over, and the tournament JF-2019/I is closed on the 30th of June with 43 fairy problems (plus some versions). While the quantity is not so big, I believe the quality of the problems would make the competition enjoyable for the judge, Michal Dragoun! Thanks a lot to all participants and to the judge for accepting this work! Special gratitude to Shankar Ram, who was updating the index page of the tournament, menu Original Problems -> Julia’s Fairies – 2019

Have to tell, I’ll be less active on JF during July-August. Family vacation, some own composing for WCCC’s unofficial tournaments, 4th YCCC composing TT for juniors, and the Congress itself… So, I’d appreciate it very much if you include the notation and full solutions (with departure and arrival squares) in your entries! It would make my work much faster.

Thank you very much in advance! Wishing to all of you to have a wonderful summer! – Julia

5 years ago Vlaicu was the judge of fairy problems on JF, JF-2014(I) ( problems | award ). And now I’m grateful to Vlaicu for his enthusiasm in acceptance of judging PG/Retros on JF!

Vlaicu is an International master of the FIDE for chess composition (since 2016), and international solving master (since 2007). His interest to retro compositions started from solving originals published in the retro column of French magazine Phénix. After being a regular solver for many years, Vlaicu was invited to judge the retros informal tournament for 2004 and that was his first award in retro sections. A couple of years later, Vlaicu was invited to judge the section of retros from StrateGems 2016 informal tournament. The third experience will be this year, with PG section of the Quartz TT 13 (Leffie).

While I’m very glad about JF’s PG/Retros becoming the 4th experience, Vlaicu comments: “I am quite grateful to accept another experience with Julia’s Fairies informal tournament 2019-2020, as the fourth name in the already impressive list of the previously appointed judges: Hans Gruber, Thomas Brand and Dirk Borst. Well, I can only hope the composers will indulge me and your fairy retro column with many outstanding compositions!”

Our judge for fairy tournament JF-2019/I (February-June’ 2019) will be Michal Dragoun (01-03-1974) from Czechia, a double Grandmaster of Problem chess (in both composing and solving), and International Judge for helpmates and fairies. Michal mostly composes helpmates, helpselfmates and other fairies.

The judge for the new PG/Retro competition is not appointed yet.

After a long time… the one who was the first judge ever of JF’s fairy tournament, had to analyze about 200 fairy problems and finished the Award in a year after competition, is kindly accepting this job again! I’m very glad to announce the judge of current fairy tournament, JF-10/2017-03/2018 – famous Indian composer, International Master of FIDE – Shankar Ram! To the words I’ve written about Shankar in 2012, he’s added the following:

Wishing a pleasant work for the judge, and creative provigil ideas to the authors! – Julia

ear authors, and readers, coming back to the next fairy tournament, JF-2017/II, I’m very sorry to announce that I need to postpone it again due to all other obligations I have. So, next informal fairy tournament on JF will start on October, 1st, 2017 and end on March, 31st, 2018. I’ll announce the judge during September.

New problems for Retro&PG 2017-18 will be published regularly again starting September. No breaks in publishing fairy announcements on JF upon request.

In 2018, I plan to have a break between informal fairy tournaments again, and the next tournament is planned from July, 1st to December, 31st, 2018, closing the year and WCCI and FIDE Album cycles. Awards of JF’s tournaments, articles, announcements are welcome for the period of break in publishing original problems, April – June 2018.

The breaks are made for judging I need to finish as the last year of tries to combine it all showed me it doesn’t work, either my evenings are devoted to judging or to publications, and judging goes too slowly with all interruptions. – Julia. 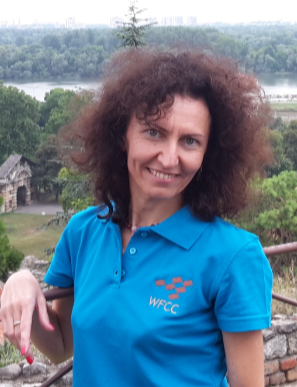 Dear authors, readers, the first fairy tournament of this year, JF-2017/I is just finished with 54 problems. I’m grateful to all participants, and wishing the judge, Tadashi Wakashima, to enjoy your works!

About the next fairy tournament, JF-2017/II, I need to tell you that I’m going to postpone the beginning of it till mid-August. I regret about it myself, but otherwise I can’t finish all my obligations, mostly about judging. With almost regular updates of two websites I really have no time for anything else, including the own composing too.

Of course, I’ll continue to update wfcc.ch, and will publish fairy announcements on JF upon request. 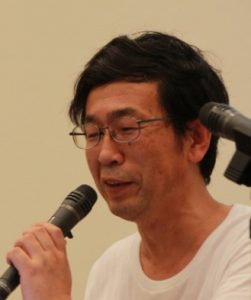 I’m delighted to welcome the judge of informal tournament JF-2017/I (01.Jan.2017 – 30.Jun.2017) –Tadashi Wakashima – Several times the judge of the WCCI and FIDE Album in fairy section, an indefatigable promoter of chess composition in Japan, the delegate of Japan in WFCC and the chief editor of the Japanese magazine “Problem Paradise”. Many of you might remember Tadashi as the tireless organizer of the successful 55th WCCC in Kobe in September, 2012.

42 fairy problems are published in the tournament JF-2017/I, and by the end of June I’d gladly accept about 8-10 good fairy problems. Please, not more than one problem per sending! – Julia

The judge: Dirk Borst – a talented Dutch composer, very experienced in fairy and retro problems, also in fairy proof games! Dirk is known not only as a composer, but also as a noted judge, and a fairy editor of Probleemblad magazine.  Warm welcome to Dirk and my gratitude for accepting the judge’s work! 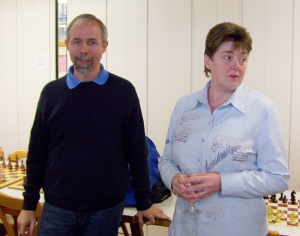 I’m very glad to announce the judge of informal tournament JF-2016/II – Franz Pachl – an International Judge with 90 problem-tourneys judged, an International Grand Master with 140 album points. Franz has composed near 1.400 problems, of which 1.000 are honoured. His favorite genre is fairy-chess.

You’re welcome to participate in the second informal tournament of this year – JF-2016/II, July-December!
Any fairy problem can participate, and I’m here for you to publish it faster. – Julia