JF‘s informal tourney for fairy problems published in January-June’2016 – JF-2016/I – is ended on June, 30th. The judge of this period – Petko Petkov – has a list of 96 fairy problems (all original problems published on JF this year, till 30.06.2016, except Retro&PG problems). I’d like to thank all authors who participate in this tournament and all of you who’s given the spirit, creativity, ideas, advises and experience in your works and comments in this period! Thanks a lot to Petko Petkov for his current and future work!

I’m sorry to tell you that the judge of the next period, July-December’2016, is not appointed yet. Of course, I’ll gladly accept and publish your works, at your own risk 🙂 .

Judging is something not easy to ask for… even hoping that it’s not only a hard work to be done, but it’s also a challenge, a honor, a pleasure in analyzing of many interesting works, and a final satisfaction about the result. Please, let me know if any of you would be willing to take JF-2016/II. I’d be very grateful for it!

And the last thing.. and one of the most important of the year – WCCC2016! Good luck to all of you who will participate in composing/solving competitions! Have a nice trips and a nice stay in Belgrade who’s coming! Myself, I’ll be very glad to come and to meet all of you! (222 participants as of now!) – Julia

First of all, I wish you a happy and successful year 2016! As always, you’re very welcome here, on JF!

The second informal tournament of the previous year – JF-2015/II – has finished on the 31st of December, 2015 with 128 published problems (excluding versions and Retro&PG problems). Thanks a lot to all participants and to the judge, Ofer Comay, for his future work!

The year 2016 will be also split into two informal tourneys for fairy problems:
I – January-June, II – July-December.

You’re welcome to participate in the first informal tournament of this year – JF-2016/I, January-June!
I always try to publish your problems as soon as I can. Hopefully, in 1-2 days. But at some periods I really get too many of your works, and I’d like you to know that in such cases I give a priority to either the problems I consider as more interesting or to the new authors or those authors who has less of publications on JF. 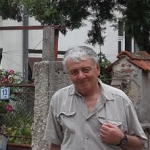 I’m happy to announce the judge of this period – Petko A. Petkov – International Judge, GM in composition, famous fairy composer and a leader in the world rank list with 454.25 points in the FIDE Albums. Till now, Petko has judged four JF’s thematic competitions and was also one of the strongest and active authors on JF. This time I’m grateful to Petko for taking one more job, although, loosing him as an author for this period. Warm welcome to Petko!

I’m happy to announce the judge of informal tournament JF-2015/II – Ofer Comay – a problem composer of all genres, and a former world champion in chess solving. Ofer is also known for his theoretical contribution in end-game study theory and he is the author of one of the first chess problem solving program (CS) in the early 80’s.

(A little secret by Ofer: “In 1989 computers were very slow. The program CS was the first program which could solve long helpmates by building the possible mating positions and using retro analysis to find the solutions. Two of my first prizes in long helpmates in 1990-91 were created using this program (The problemist and IRT). However, I could not tell the judges that they were computer tested because I was not sure that there are no bugs in my program…“)

In the last years Ofer is focused on fairies and helpmates. He is also involved in other projects – a co-founder of a software company and the author of the popular science book “Science or Fiction?” which, in short, tries to show to every science amateur that a central part of the standard model of particle physics is a bluff… Ofer has three children and two cute grandsons.

You’re welcome to participate in the second informal tournament of this year – JF-2015/II, July-December!
Any fairy problem can participate, and I’m here for you to publish it faster. – Julia 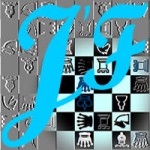 The first informal tourney for fairy problems published on Julia’s Fairies website in 2015, January-June – JF-2015/I – is ended on June, 30th. The judge of this period – Kostas Prentos – will have a huge work, judging about 170 problems! I hope, it will be not only complicated, but also pleasant task, as there’re many very good works. And I’m sure, that all authors will be patient to wait for the Award as long time as it is needed.

Some short info about current issues:

I hope for your understanding. And I wish good luck to all of you in WCCC’s competitions! – Julia

Computer tested problems only! Half-neutral pieces are fully implemented in the last version of Popeye and also most of problems can be tested by WinChloe, except half-neutral King (and Royal piece).

Please send entries to Julia Vysotska by e-mail at julia@juliasfairies.com until July, 31st, 2015
or during the Congress, for participants only, until 17:00 of August, 3rd, 2015.

Prizes are bottles of RIGA BLACK BALSAM Currant.
The tourney is open worldwide, however the prizes are for congress participants only.

See Examples with animated solutions in the detailed announcement or use PDF file to print out.

In April 2013 I’ve published the first PG problem on JF, but later have organized a competition for Retro and PG problems 2013-2014 (judge:  Hans Gruber). I’m grateful for your interest and activity in this complicated genre, and I’m happy to announce a new PG & Retro tournament for the next two-years period: 2015-2016. Your compositions are very welcome!

The judge: Thomas Brand – a well known German composer, retro section editor of Die Schwalbe since 2008, the international judge for retros (and helpmates), who also runs his own retroblog (thbrand.de/retroblog). And the most exciting news: Thomas promises to provide the award very soon (about January 2017!).
Warm welcome to Thomas!

On the first day of the New Year, 2015, I wish you a happy and successful year! And as always, you’re welcome here, on JF! This year I’ve decided keep to split the  informal tourney for fairy problems published on Julia’s Fairies website into 2 periods and independent tourneys:
I – January-June, II – July-December.

You’re welcome to participate in the first informal tournament this year – JF-2015/I, January-June!
Any fairy problem can participate, and I’m here for you to publish it as soon as I can, hopefully in 1-2 days.

See EXAMPLES of Imitator-problems and also some information about Imitator in the Forum’s post “Imitator – definition, features, implementation“.

The Award will be published on Julia’s Fairies website on the 31st of December, 2014.

Prize winners will get a Christmas chocolate and printed Diplomas in January, 2015.

You are very welcome to participate! 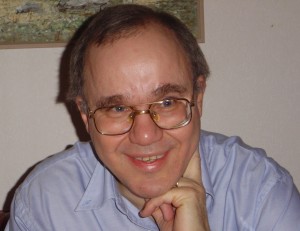